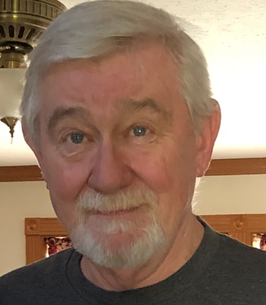 Robert Howard Fenn, 74, of Greenville, PA passed away Monday September 26, 2022 in UPMC Jameson after an extended illness.
Robert was born November 21, 1947 in Greenville, PA to Hazel (Mohr) and Howard E. Fenn. He was a graduate of Jamestown High School in 1965. Robert was a veteran of the U.S. Navy serving two tours in Vietnam where he was a gunner mate technician. Robert was employed by Greenville Tubes, Chicago Bridge & Iron and also Lowes. He enjoyed hunting and fishing.
Robert is survived by his wife, Jeanette (Brumbaugh) Fenn, whom he married October 25, 1969 and she survives at home; a daughter, Heather Holmes of Greenville, PA; a son, Scott Fenn of Edinboro, PA; a sister, Gail Nelson of Hermitage, PA and a granddaughter, Giovanna Michetti.
Robert was preceded in death by his parents.

A Memorial Service will be held at St. Michael's Cemetery Chapel